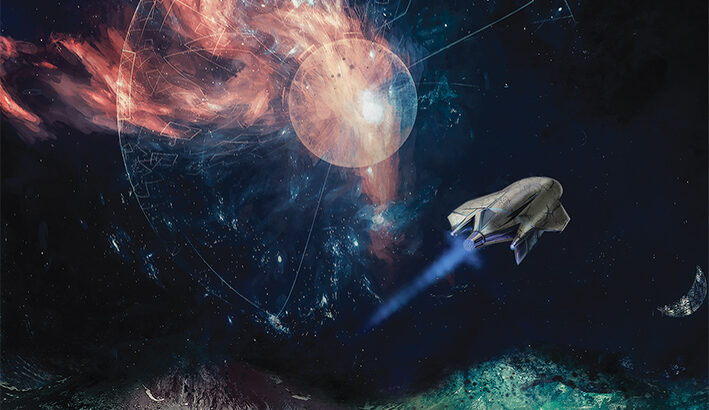 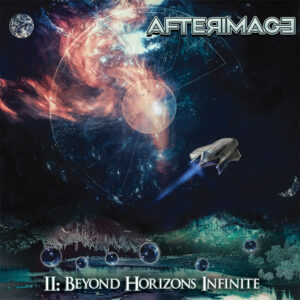 Four years after their debut, the Syros Island based group returns with their new offering featuring an updated -three guitar- line-up, presenting a massive evolution in their overall sound.

The addition of the new members James Mageiras on guitars, Jason Manousos on guitars and Petros Vasiliadis on bass and keyboards gives the band the ability to explore the pathways of the late 80s / early 90s US Progressive Power Metal, highlighting a mystical and epic soundscape that marks a new era.

Of course all the known classic AFTERIMAGE elements are still here: The vocals of Chris Papadakis -described as a diverse mixture of John Arch, Geddy Lee and Buddy Lackey-. The expressive yet complex drumming of Kostas Moiragias and the amazing guitar work of Petros Printezis: features that actually set the basis of the AFTERIMAGE sonic trademark.

Songwriting is the key point on the new album, from the opener “Imagination Regenerated”, to the epic “Talisman”, the neo-prog anthem “Mirrors” -featuring the magic keyboards of Sakis Bandis (HORIZON’S END)-, the US Power Metal storm “Morgana” and of course the band’s magnum opus, the 15 minutes long “An Overture to Mystic Arts”.

The album was produced, mixed and mastered at Infinity studio, Thessaloniki, by Kostas Scandalis (ex-WARDRUM, HORIZON’S END). Even from the early mixes listening sessions at Steel Gallery Records headquarters, those who listened, admitted that this is one of the best productions that Scandalis has delivered so far.

If you are after some inspired and well performed Progressive Power Metal ala early FATES WARNING (Arch era), HEIR APPARENT (“One Small Voice” era), MYSTIC FORCE, early PSYCHOTIC WALTZ and CRIMSON GLORY, this album is for you.

Spreading wings beyond horizons infinite, horizons unknown, as the stars align upon the skyline, above the Temples of Sett…