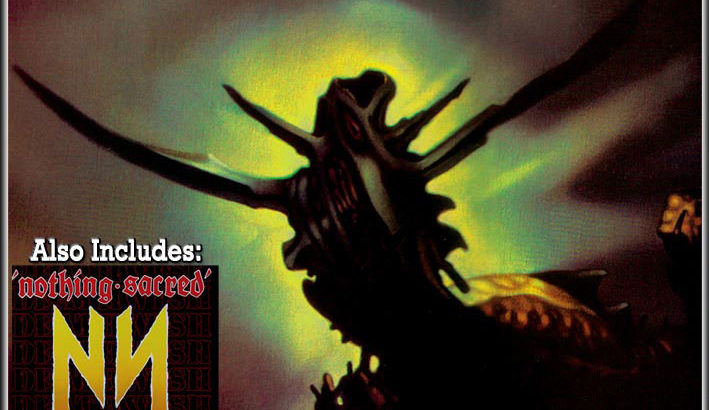 ONLY FIRST 100 COPIES WILL ARRIVED WITH PRO-PRINT PROMO PICTURE (For orders ONLY through our online store)!
From Melbourne, Victoria, Australia, Nothing Sacred delivered a crushing mix of Power/Speed Metal back on the 80s. Arkeyn Steel Records re-releases their -both out of print- “Deathwish” (MLP-1985) and “Let Us Prey” (LP-1988) on one CD. The three tracks that the band recorded for their never released second LP (“Nemesis” 1989) are included as bonus together with a selection of live tracks that re present the band’s raw power. Total 79 minutes of Power/Speed Metal to bang your head at. Re-mastered by the band, packed with many photos, lyrics and info. Front cover by Joe Petagno (Motorhead, Pink Floyd, Led Zeppelin, Nazareth, Sweet). For all Taramis, Abattoir, Defiance, Motorhead fans!