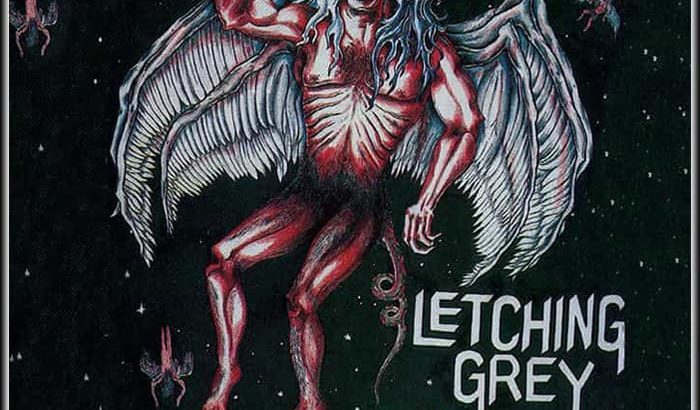 ONLY FIRST 30 COPIES WILL ARRIVED WITH PRO-PRINT PROMO PICTURE (For orders ONLY through our online store)!
Originating from St. Clair Shores, Michigan, U.S.A., Letching Grey started out as high school friends back in 1982. Sean Kelly and Derek Lavis had the idea and the name.
Through the years, the band saw many member changes. Eventually, a stable guitarist would be found with Sam McGee.
Three years after finding Sam, the band had earned enough money from playing gigs to go into the studio.
At this time, the band looked to original Letching Grey bassist, Mark Gastmeier, to take on the bass guitar duties for the record.
Letching Grey finally put out their first and only demo, “Seraphim”, which put them on the map in the metal world!
Now after 22 years Arkeyn Steel Records contact with the band and for the first time offer a digital remastered CD with the band’s demo -“Seraphim” (1995) – plus 2 bonus live tracks (1994/2008).
Letching Grey deliver a powerful mixture of US Heavy/Power METAL and all worshipers of early JAG PANZER, ARMORED SAINT, HELSTAR, OMEN, HEATHEN’S RAGE must listen!
This jewel demo comes in a 12-page UV glossy booklet, featuring original fantasy cover, never seen before band photos, bio and lyrics!
Get ready for this real US Metal GEM! Don’t miss it!